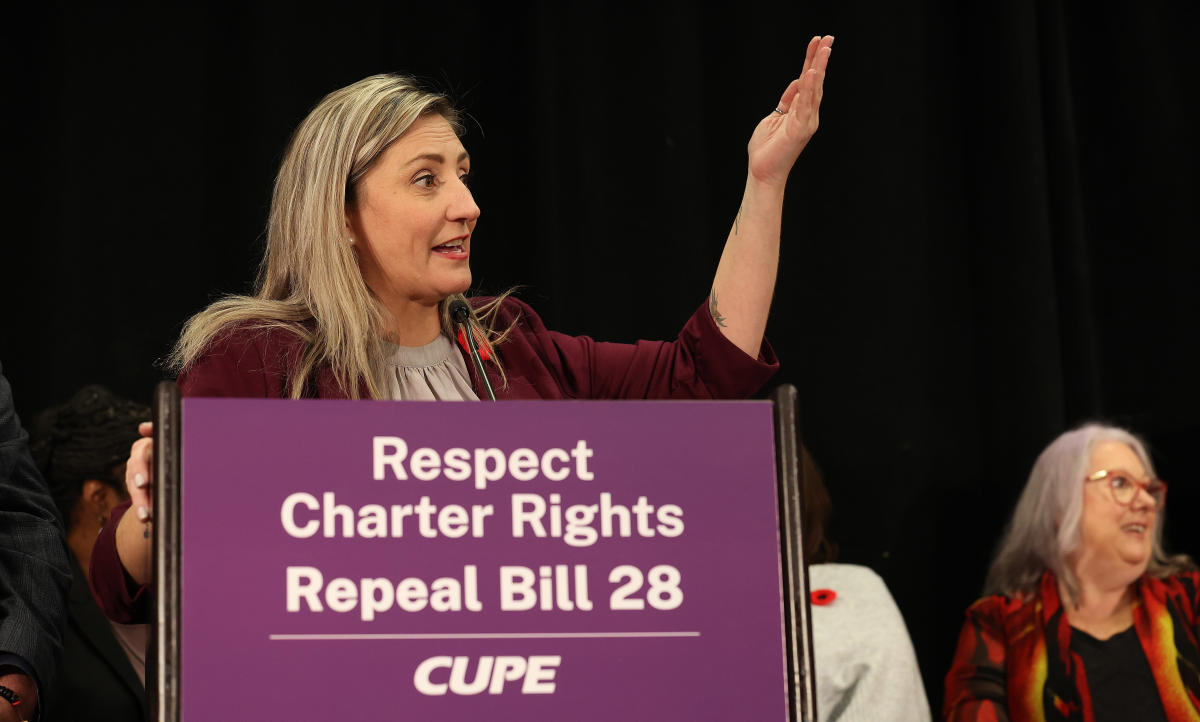 Bill 28 was an attack on the fundamental Charter rights of workers. Last week, the Ford government passed legislation that imposed a contract on CUPE workers and made any form of striking illegal. Furthermore, the government invoked the notwithstanding clause so this bullying could not be challenged in the courts.

An injury to one is an injury to all. In response the Ford government, the Ontario Federation of Labour mobilized quickly and had planned:

We were this close to a general strike in Ontario involving over one million unionized workers from all sectors of labour. This is what Ford was facing.

Today, your union together with other labour unions demonstrated that we are strong. When our rights are under attack, we will stick up for each other. We will continue to stand in solidarity with CUPE until they get a fair deal.