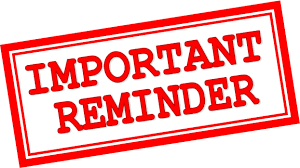 FINAL REMINDER — Intent to Remain Forms must be completed and submitted via the Employee Portal no later than May 31.

The Board will remove anyone who has not completed this annual requirement from the Occasional Teacher Roster.

Comments Off on Intent to Remain Forms

Update: The window for election nominations closed on April 17. The following nominations were received:

As there were no other nominations for the above positions during the nominations window, all positions are acclaimed. We would like to extend our thanks to Nichole Stewart Murray for serving as Elections Chair this year.

Comments Off on 2021-23 Executive Elections