Toronto, ON – Education Minister Stephen Lecce is creating further chaos in Ontario’s schools and reopening the door to nepotism and cronyism by scrapping a regulation that ensures fair hiring practices for teachers, according to the Elementary Teachers’ Federation of Ontario (ETFO).

“At a time when the government should be focused on the safety of students and staff, they are looking to divert attention away from the crisis they have created in schools,” said ETFO President Sam Hammond. “The Ford government is using the COVID-19 pandemic as a smokescreen to undermine a fair and transparent process that ensures students receive the
best instruction possible. By reducing the requirements around qualifications and experience, the government is opening the door to people who may not be qualified to be in a classroom.”

“Teachers should be hired based on their qualifications and experience, not on who they know or what connections they have,” added Hammond. “The regulation provides a fair and predictable pathway to long-term and permanent employment in Ontario’s public school boards for qualified educators including recent graduates.”

“Given that many more teachers have been hired this fall to provide in-class and distance learning, there is no reason to scrap the regulation. Instead of focusing on the health and safety of students and educators, the government continues to create chaos and instability in our schools.”

Regulation 274 was introduced in 2012 to minimize bias in the school boards’ hiring process for long-term and permanent occasional teachers. It ensures that only qualified educators are interviewed for vacant positions.

A government study commissioned after the regulation came into effect in 2012 included a detailed review of literature that clearly demonstrated that teachers with more experience are better at their jobs. It also reported that the regulation had not had a negative impact on hiring for diversity. It can be viewed here. 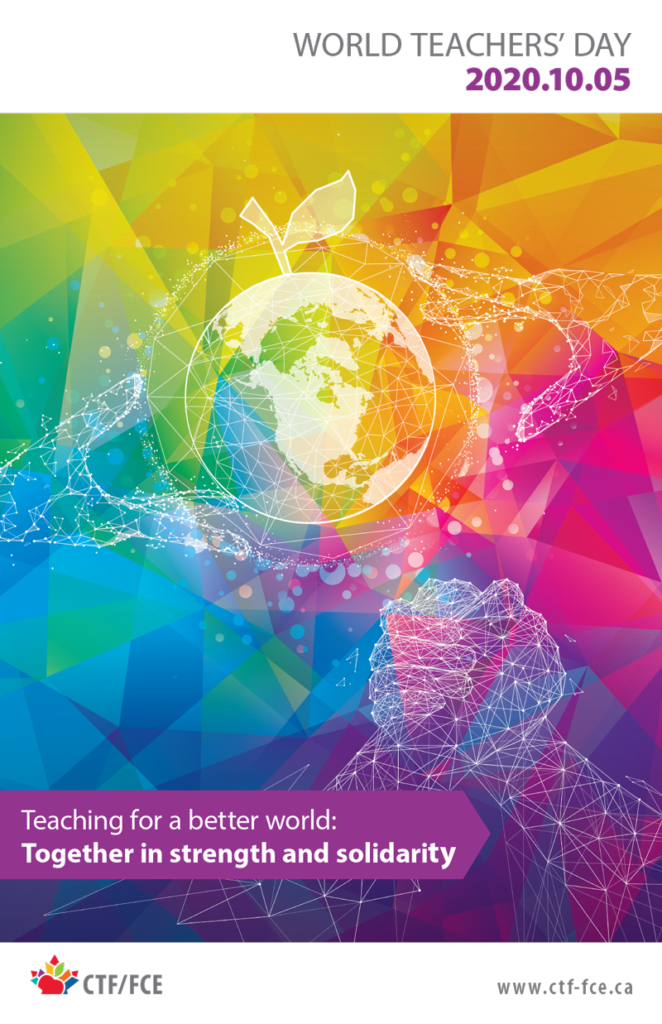 We’d like to wish a happy World Teachers’ Day to our amazing ETFO occasional teachers and other local educators! You tirelessly provide our students quality opportunities to grow into the very best they can be.

THANK YOU for all you do as the heartbeat of public education here in Algoma District!

Comments Off on World Teachers’ Day 2020