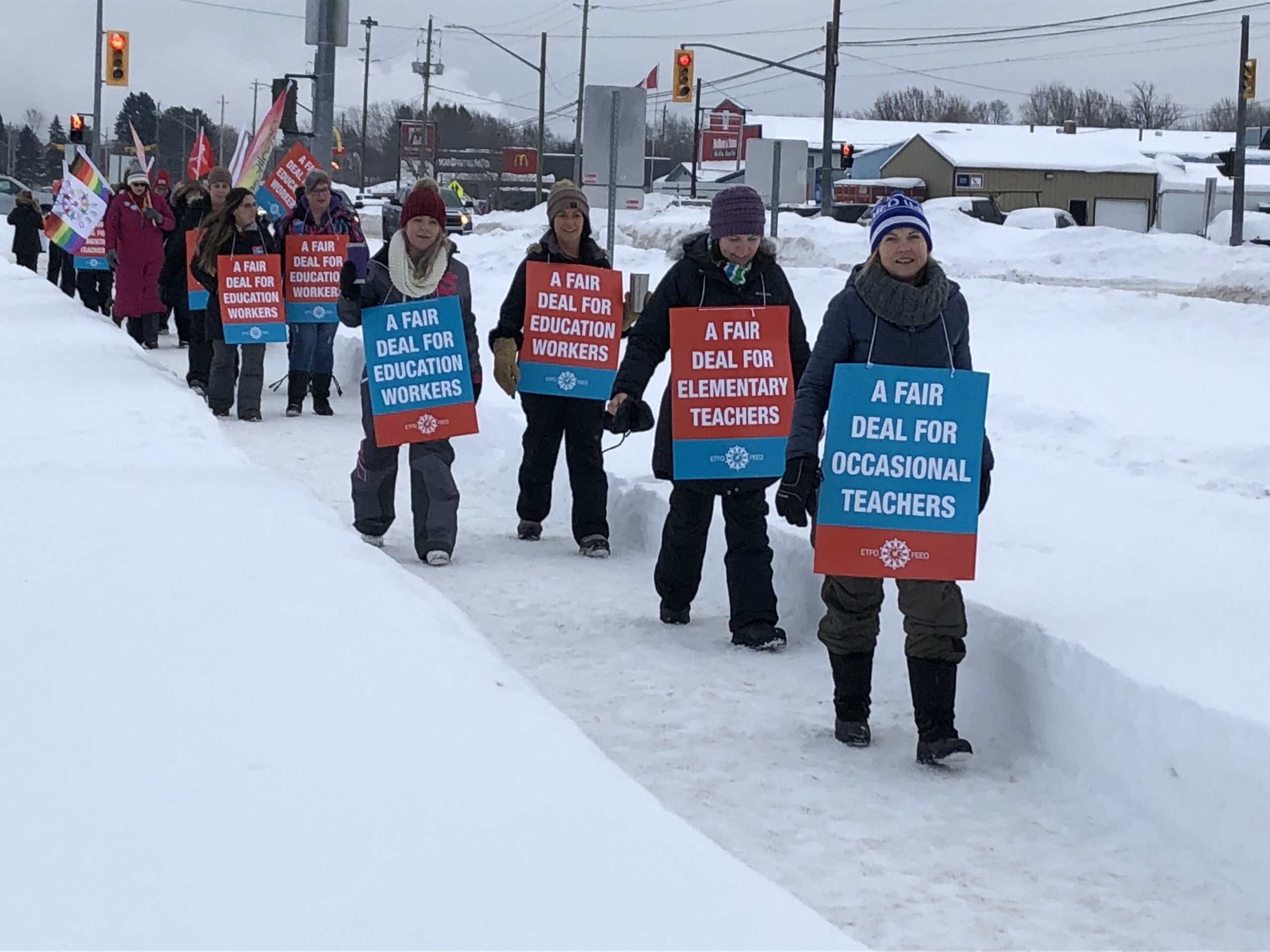 The following ETFO Media Release was posted on March 20, 2020.

The Elementary Teachers’ Federation of Ontario (ETFO) has reached tentative central agreements with the Government of Ontario, the Ontario Public School Boards’ Association and the Council of Trustees’ Associations.

“This has been a very prolonged and difficult bargaining process,” said ETFO President Sam Hammond. “We are very grateful for the support and unwavering solidarity of our members, and the public who have continued to stand up for public education and the supports that our students and educators need now and in the future.”

President Hammond added that “while ETFO’s Provincial Executive has endorsed the terms of these tentative central agreements, the decision to accept them ultimately rests with ETFO’s 83,000 members.”

ETFO will review details of its tentative central agreements and ratification vote process with ETFO local leaders and members next week.

ETFO will make no further comments to the media regarding tentative central agreements at this time.